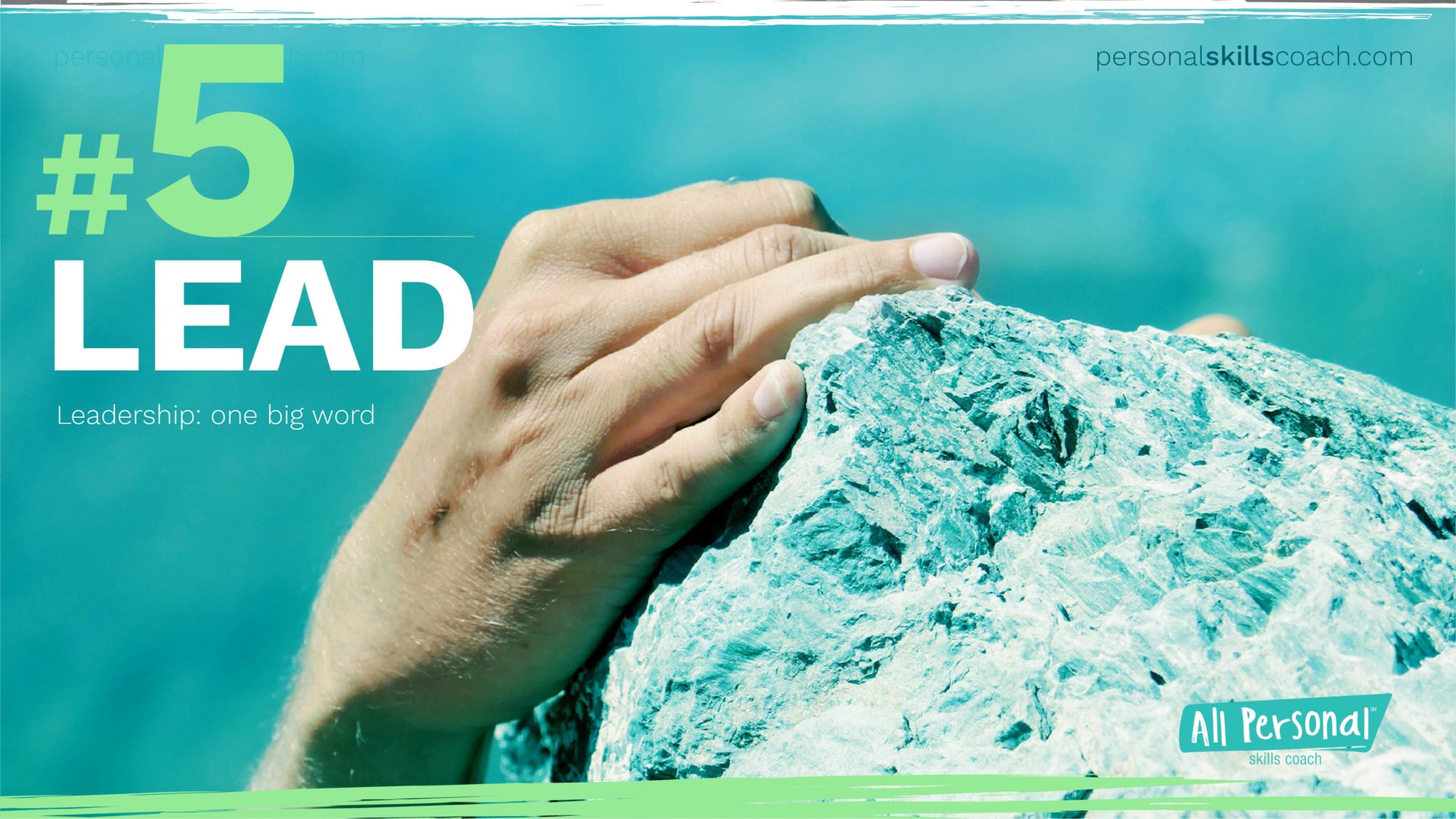 Leadership – such a short word, if you think about it, to express so many things. The beauty of it, of course, is that it means different things for different people, and it’s so complex that we could spend days, if not weeks, talking about it.

I mean, honestly, think about the tons of articles, videos, podcasts, books, conferences, workshops you’ve heard of yesterday, this past week, month, year!

That’s not going to stop, by the way. One way or another, we’re all leaders in our own lives. There’s such a need for leadership to stop being a gift that only a chosen few were born with, but for it to become the norm in our own lives.

Leadership is, after all, a skill which we can learn and use more often and benefit more from. It is, of course, a complex, skill, which involves several components that could be added by each and everyone of us, in different proportions and different combinations.

This is the reason why this is going to be a series of articles on leadership, and we’ll be exploring elements that keep showing up when we speak about examples of leadership.

This is, if you will, the general recipe to which you can and should definitely add your own ingredients, mixes, spices, in the amounts that work for you.

“Would you tell me, please, which way I ought to go from here?”

“That depends a good deal on where you want to get to.”

“Then it doesn’t matter which way you go.”

Sixteen years of working with lawyers taught me, among others, one great lesson: we need to define things before we start describing them. It can prove to be a very healthy exercise, by the way, that saves a lot of time.

So, in good old lawyerly spirit, let’s look at some leadership definitions (first thought that comes to mind is ‘how hard can it be, the word is clearly formed of ‘leader’ and ‘ship’ – pretty clear to me! But well…)
A simple Google-ing exercise reveals these three options:

Going deeper in this exercise, I realized I needed to actually look-up the word ‘leader’ if I wanted a better definition.

So here it is defined in the Merriam-Webster dictionary:

The good old Wikipedia itself is rather good at defining both leadership and leaders: Leadership is both a research area and a practical skill encompassing the ability of an individual or organization to “lead” or guide other individuals, teams, or entire organizations.

Leadership expert Warren Bennis once stated, “leadership is the capacity to translate vision into reality.”

And I think, of course, that’s the whole point. There can be no leadership without vision.

And it’s easy to imagine that when we think about the examples we found in the definitions of a leader, right?

Vision sets direction (or directions). NOT ways, just directions. And this distinction is important because it gives everyone, including the leader, a purpose, an image, an idea and inspiration of HOW they will get there.

Again, it doesn’t mean that everyone must follow the same path or else. It doesn’t tell you there’s only one way of getting there.

It’s like planning for your next vacation. You’re with your family and you say ‘lets go see the Northern Lights this year, we’ll have a ‘once in a lifetime’ experience’. That’s it, that’s the vision. All the rest are paths and ways to fulfill that vision: how you get there, by plane, by car or by boat, will you be camping or not, how many days you get to spend where, who does the research, who buys the tickets, etc.

All vision does is to allow all the people in that story choose paths, contribute their own talents in walking and maybe even building those paths, discuss where each path intersects the other and agree they will all meet at the same destination.

Vision allows the people in the story to transform, to become heroes of that story, to create it together.

Vision is the start of both movement and commitment. It gets ‘all hands on deck’ and eyes forward.

Where vision lacks, everyone either wonders about or walks out. Or they ask the Cheshire cat which way to go.

Now, obviously, simply having the vision is not enough.

What matters immediately after, is how you communicate that vision. That’s why ‘communication’ is the second episode in this leadership series. Stay tuned.

This website uses cookies so that we can provide you with the best user experience possible. Cookie information is stored in your browser and performs functions such as recognising you when you return to our website and helping our team to understand which sections of the website you find most interesting and useful.

Strictly Necessary Cookie should be enabled at all times so that we can save your preferences for cookie settings.

If you disable this cookie, we will not be able to save your preferences. This means that every time you visit this website you will need to enable or disable cookies again.

This website uses Google Analytics to collect anonymous information such as the number of visitors to the site, and the most popular pages.

Please enable Strictly Necessary Cookies first so that we can save your preferences!